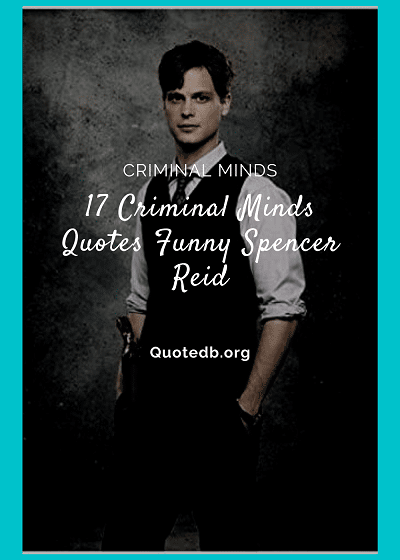 “That makes no sense. You can’t catch a falling star, it would burn up in the atmosphere.”

“You should see what comes up when you type ‘death’ into a search engine.”

“I don’t believe that intelligence can be accurately quantified, but I do have an IQ of 187, an eidetic memory, and can read 20,000 words per minute. Yes, I’m a genius.”

“Look at me. Without a gun I look like a teacher’s assistant!”

“Actually, there aren’t that many scientific errors in Star Trek, especially considering how long ago it was made. There are certain improbabilities, but not that many outright errors.”

“I got shot in the leg and I don’t get any cookies.”

“I never have any normal fans.”

“Actually, it’s more like we’re looking for a needle in a pile of needles. A needle would stand out in a haystack.”

“Do you mind if we swing by a bookstore? I want to re-read ‘Empty Planet’ before we meet with the author. I haven’t read it since I was six.”

“I totally saved your life. And I’m pretty certain it was caught on tape.”

“I’m about to get naked so they can scrub me down. Is that something you really wanna see?”

“Hotch, I was a 12-year-old prodigy in a Las Vegas public high school. You kick like a nine-year-old girl.”

Criminal Minds is one of the longer-running shows that is based on finding those who commit evils against others. I hope that as you run through the quotes above that you do enjoy what was quoted by him and be sure to also read Tombstone quotes as well.