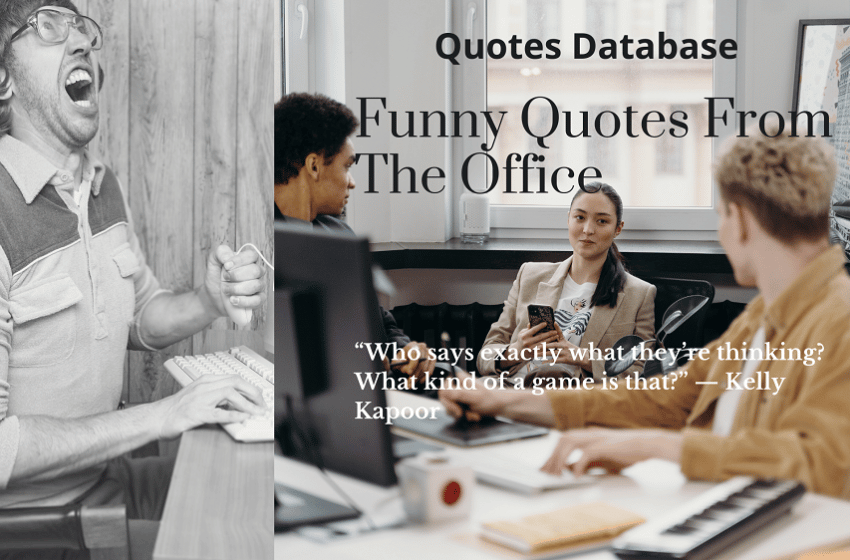 Funny Quotes From The Office

Funny quotes from the office are a collection of funny one liners and remarks from the show that are hilarious. The office showed for nine seasons and premiered in 2009. It was based on a British show with characters that spent most of their time in the office. It is full of humor among other things and is known for it quirkiness and weird relationships. You can also read funny quotes from movies and funny quotes by comedians for even more funny sayings by those who are seen on television.

Funny Short Quotes From The Office

Funny short quotes from the office will surely make your day if you are one of those who loved the show. The show aired for a long time which allowed many scenes to become very famous with their one liners and humor. The funny short quotes will definitely make you smile and have some fun and you reminisce on the jokes from days gone by. If funny is what you are looking for, you have come to the right place. Below are a number of funny quotes from the office you have to read.

“I talk a lot, so I’ve learned to just tune myself out…”

“I’m not superstitious, but I am a little stitious.”

“I never thought I’d say this, but I think I ate too much bone marrow.”

“Sometimes I’ll start a sentence and I don’t even know where it’s going. I just hope I find it along the way.”

“And I knew exactly what to do. But in a much more real sense, I had no idea what to do.”

“Everything I have I owe to this job… this stupid, wonderful, boring, amazing job.”

“The worst thing about prison was the dementors.”

“The Dunder Mifflin stock symbol is D.M.I. Do you know what that stands for? Dummies, Morons, and Idiots. Because that’s what you’d have to be to own it. And as one of those idiots, I believe the board owes me answers.”

“Would I rather be feared or loved? Easy. Both. I want people to be afraid of how much they love me.”

“One day Michael came in and complained about a speed bump on the highway. I wonder who he ran over then.”

“I wish there was a way to know you’re in the good old days, before you’ve actually left them.”

“I live by one rule: No office romances, no way. Very messy, inappropriate…no. But, I live by another rule: Just do it…Nike.”

“Identity theft is not a joke, Jim! Millions of families suffer every year.”

“Me think, why waste time say lot word, when few word do trick.”

“No, Rose, they are not breathing. And they have no arms or legs … Where are they? You know what? If we come across somebody with no arms or legs, do we bother resuscitating them? I mean, what quality of life do we have there?”

“I’m glad Michael’s getting help. He has a lot of issues, and he’s stupid.”

“I don’t care what they say about me. I just want to eat.”

“It’s true. Around this office, in the past, I have been a little abrupt with people. But the doctor said, if I can’t find a new way to relate more positively to my surroundings, I’m going to die.”

“In the Schrute family, the youngest child raises the others. I’ve been raising children since I was a baby.”

“I am running away from my responsibilities. And it feels good.”

“I wanna do a cartwheel. But real casual-like. Not enough to make a big deal out of it, but I know everyone saw it. One stunning, gorgeous cartwheel.”

“Whenever I’m about to do something, I think, ‘Would an idiot do that?’ and if they would, I do not do that thing.”

“R’ is among the most menacing of sounds. That’s why they call it ‘murder’ and not ‘mukduk.”

“I just want to lie on the beach and eat hot dogs. That’s all I’ve ever wanted.”

“A few years ago, my family was on a safari in Africa and my cousin, Mufasa, was um, he was trampled to death by a pack of wildebeests and um, we all took it really hard.”

“It takes an advanced sense of humor. I don’t expect everybody to understand.”

“Sometimes the clothes at Gap Kids are too flashy, so I’m forced to go to the American Girl store and order clothes for large colonial dolls.”

“No, I’m not going to tell them about the downsizing. If a patient has cancer, you don’t tell them.”

“Joke’s on you Goldenface, that man was a wanted animal rapist.”

“There’s a lot of beauty in ordinary things. Isn’t that kind of the point?”

“You only live once? False. You live every day. You only die once.”

“Should have burned this place down when I had the chance.”

Dwight Schrute: “Boo! Unimpressed. It’s a tightrope for babies. Boooo.”
Clark Green: “Alright, let’s see you do it.”
Dwight Schrute: “Alright. Let me show you how a real man walks across a flaccid cord.”

“Boy, have you done lost your mind? Cause I’ll help you find it!”

“I kinda know what it’s like to be in commercials. My nickname in high school used to be Kool-Aid Man.”

“I’m always thinking one step ahead, like a carpenter that makes stairs.”

“So you’ve come to the master for guidance? Is this what you’re saying, grasshopper?”

“You know a human can go on living for several hours after being decapitated.”

“When Pam gets Michael’s old chair, I get Pam’s old chair. Then I’ll have two chairs. Only one to go.”

“Hey everybody, he’s not in the men’s room. Although the seat was warm, so we may have just missed him.”

“You’re the people’s princess! Diana was nothing!”

Toby: “Hey Michael, I have an extra twin bed if you want.”
Michael: “You are going to be sleeping by yourself for the rest of your life, so you should just get used to it.”

“There are always a million reasons not to do something.”

“I’m fast. To give you a reference point. I’m somewhere between a snake and a mongoose. And a panther.”

“I’ve got a golden ticket idea. Why don’t you skip on up to the roof and jump off?”

“Any man who says he totally understands women is a fool. Because they are un-understandable.”

“Nobody steals from Creed Bratton and gets away with it. The last person to do this disappeared. His name? Creed Bratton.”

“Close your mouth, sweetie. You look like a trout.”

“I wake up every morning in a bed that’s too small, drive my daughter to a school that’s too expensive, and then I go to work to a job for which I get paid too little. But on pretzel day? Well, I like pretzel day.”

“Michael is leaving. And apparently, they’ve already hired a new manager. And we’re meeting him today. It’s a lot to process — paperwork-wise.”

“I have decided that I’m going to be more honest. I’m gonna start telling people what I want, directly. So, look out world, ‘cuz ‘ol Pammy is gettin’ what she wants. And, don’t call me Pammy.”

“I already won the lottery. I was born in the US of A, baby. And as backup, I have a Swiss passport.”

“I love inside jokes. I’d love to be a part of one someday.”

“Ultimatums are key. Basically, nobody does anything for me anymore unless I threaten to kill myself.”

“Tell him to call me ASAP as possible.”

“I hate the idea that someone out there hates me. I even hate thinking that Al Qaeda hates me. I think if they got to know me, they wouldn’t hate me.”

“Jim told me you could buy gaydar online.”

“If I can’t scuba, then what’s this all been about? What am I working toward?”

“Sometimes I get so bored I just want to scream, and then sometimes I actually do scream. I just sort of feel out what the situation calls for.”

“Who is Justice Beaver?”

“I am a black belt in gift wrapping.”

“If I had to, I could clean out my desk in five seconds, and nobody would ever know that I’d ever been here. And I’d forget, too.”

“I once reported Oscar to the INS. Turns out he’s clean, but I’m glad I did it.”

“I’m guessing Angela is the one in the neighborhood that gives the trick-or-treaters toothbrushes, pennies, walnuts.”

“Who says exactly what they’re thinking? What kind of a game is that?”

“I guess I’ve been working so hard, I forgot what it’s like to be hardly working.”

“The only problem is whenever I try to make a taco, I get too excited and crush it.”

“Fool me once, strike one. Fool me twice, strike three.”

“My roommate wants to meet everybody. Because I’m pretty sure he thinks I’m making Dwight up. He is very real.”

The Office One Liners

The Office one liners are amazingly funny and quirky at the same time. The characters of the show have all in their own way helped the show to stardom. The Office may no longer be airing as a live show but continues to be watched by many who love to watch reruns. After reading the hilarious quotes and one liners, feel free to check some of the other funny quotes that are found on Quotedb. 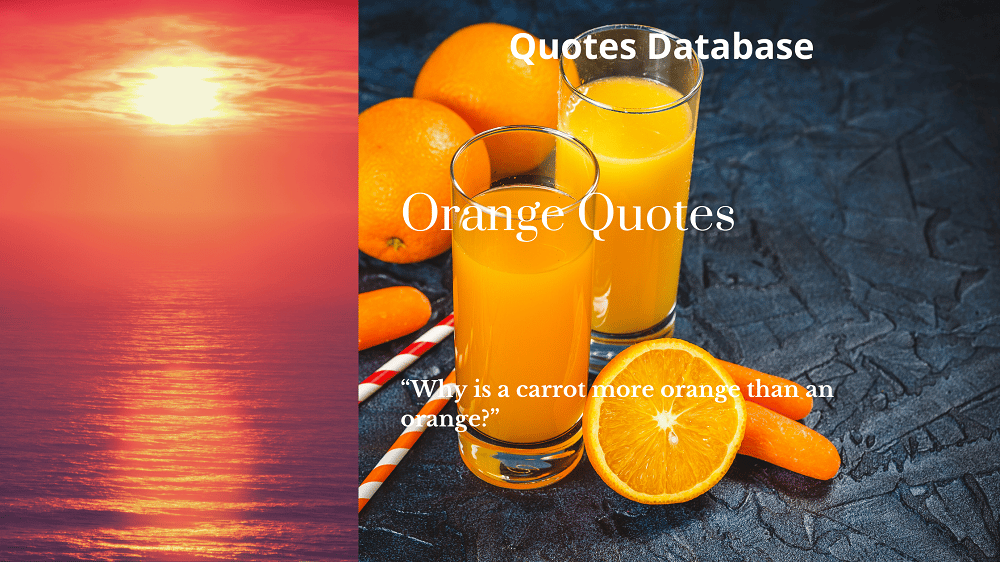 Orange quotes are the remarks of everything that pertains to quotes orange in all its forms for your reading enjoyment. 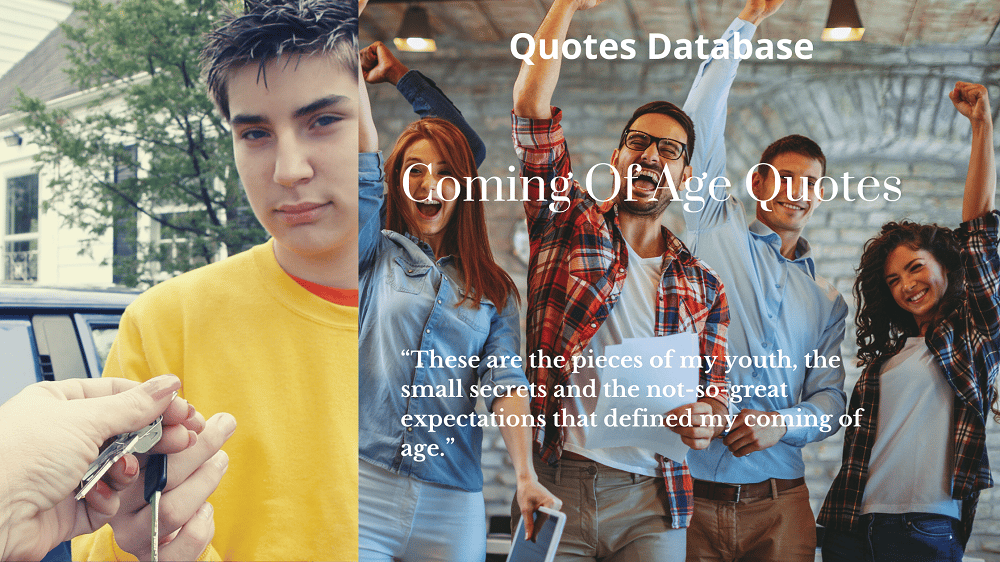 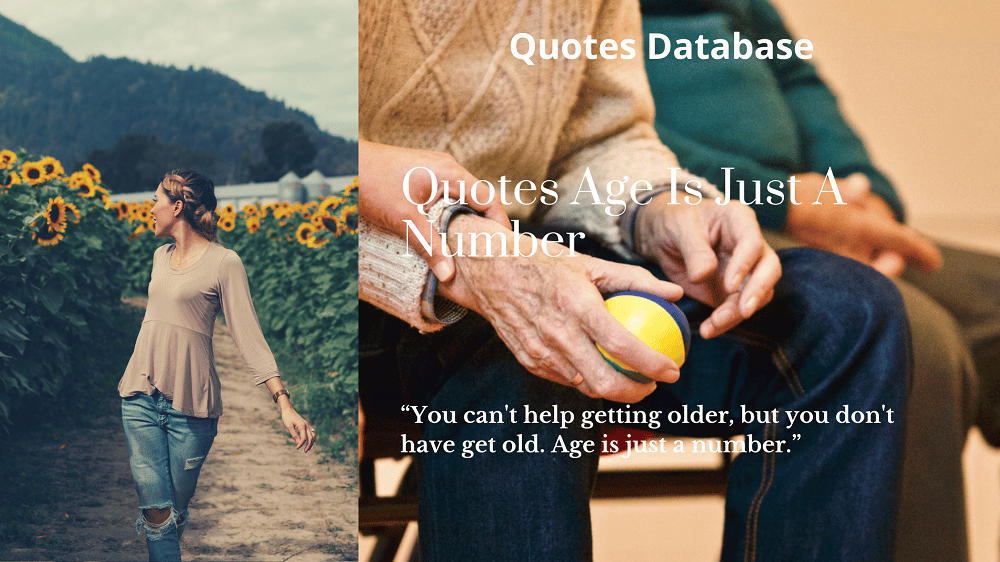