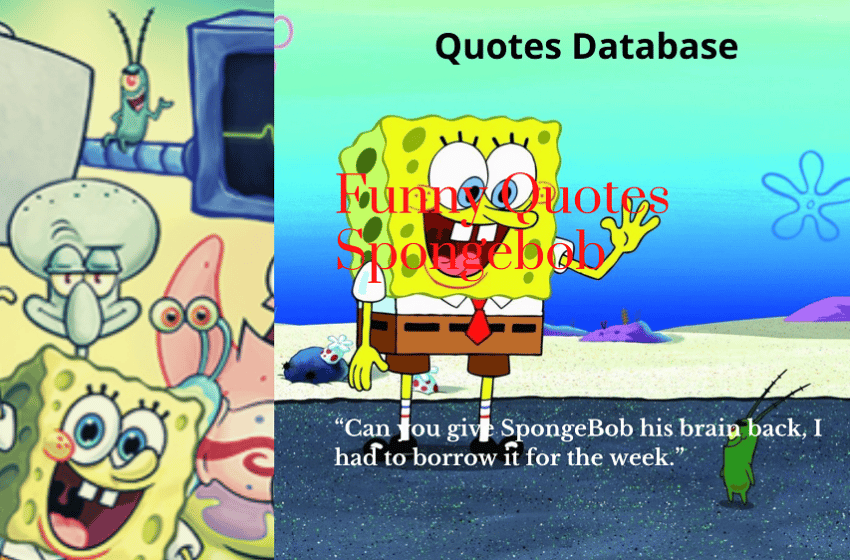 Funny quotes spongebob is a set of hilarious sayings from the popular cartoon show SpongeBob Squarepants. The cartoon is one of the most well-known in recent years and is weird yet funny at the same time. The show focuses on a group of individuals who live under the sea and touches on various things.

Many of us have grown too old to longer be bothered with the show, but the young have carried on where many have finished. If SpongeBob isn’t your thing and you would rather something else, check funny quotes jerry seinfeld and funny quotes jokes for even more hilarious sayings. 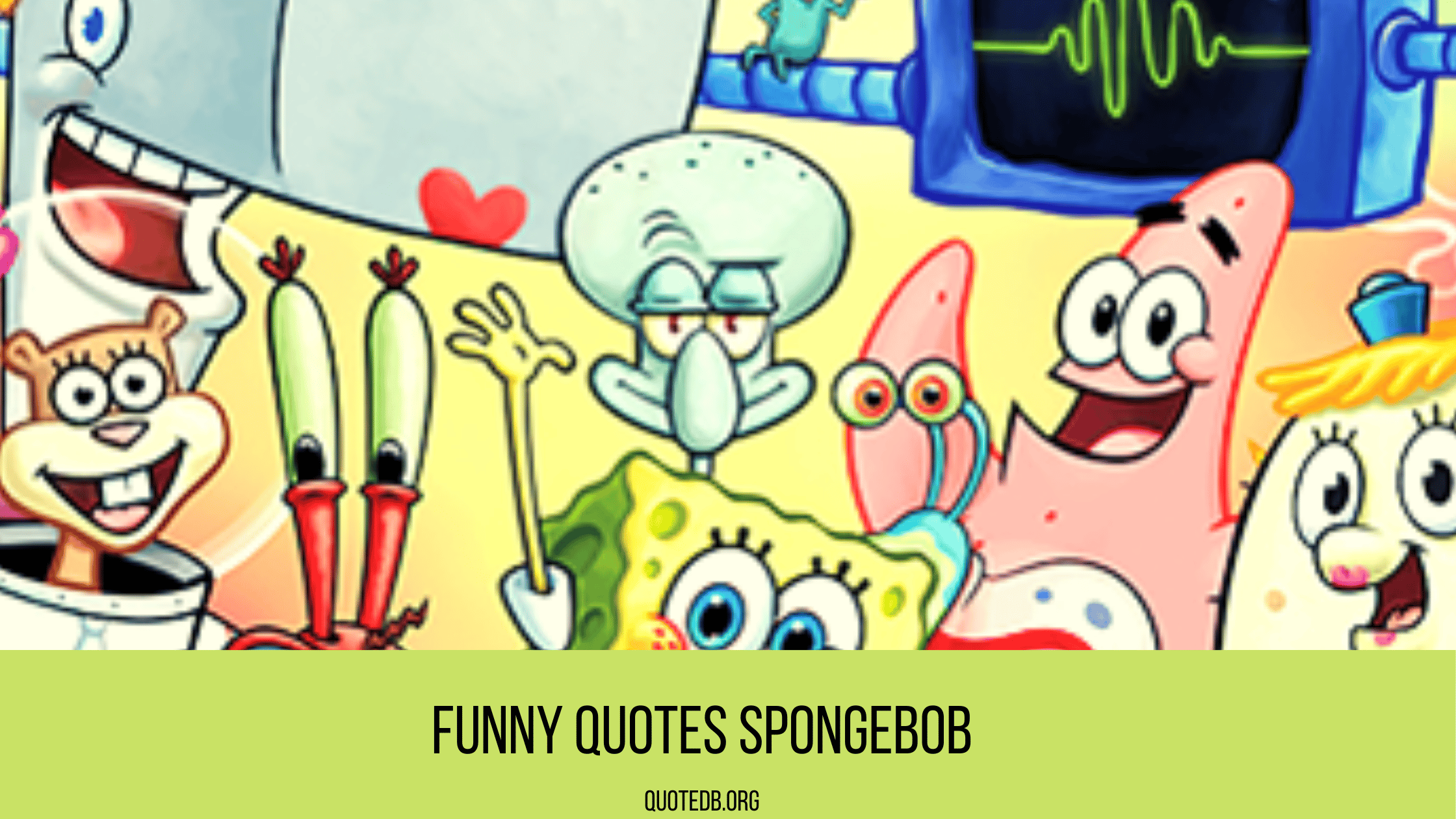 Funny Spongebob and Patrick quotes are so full of humor it has made the show popular. The cartoon has Spongebob, Patrick, Plankton, Sandy, Mr. Krabs, Puff, and Squidward as the characters. Many consider this cartoon one of the funniest shows around and we may want to consider if it is really a little too funny for young minds. Anyway, with that being said, here are the best funny quotes spongebob below for your reading enjoyment.

Patrick: Yeah, I get called that a lot.

Spongebob: What? A genius?

“Spongebob: Guess what day today is?

“Squidward, your ceiling is talking to me.”

“Oh well, I guess I’m not wearing any pants today!”

“You’re a man now, SpongeBob, and it’s time you started acting like one.”

“Remember, licking doorknobs is illegal on other planets.”

“I’ve waited years for this moment. I’m gonna go in there, march straight up to the manager, look at him straight in the eye, lay it on the line, and – I can’t do it!” 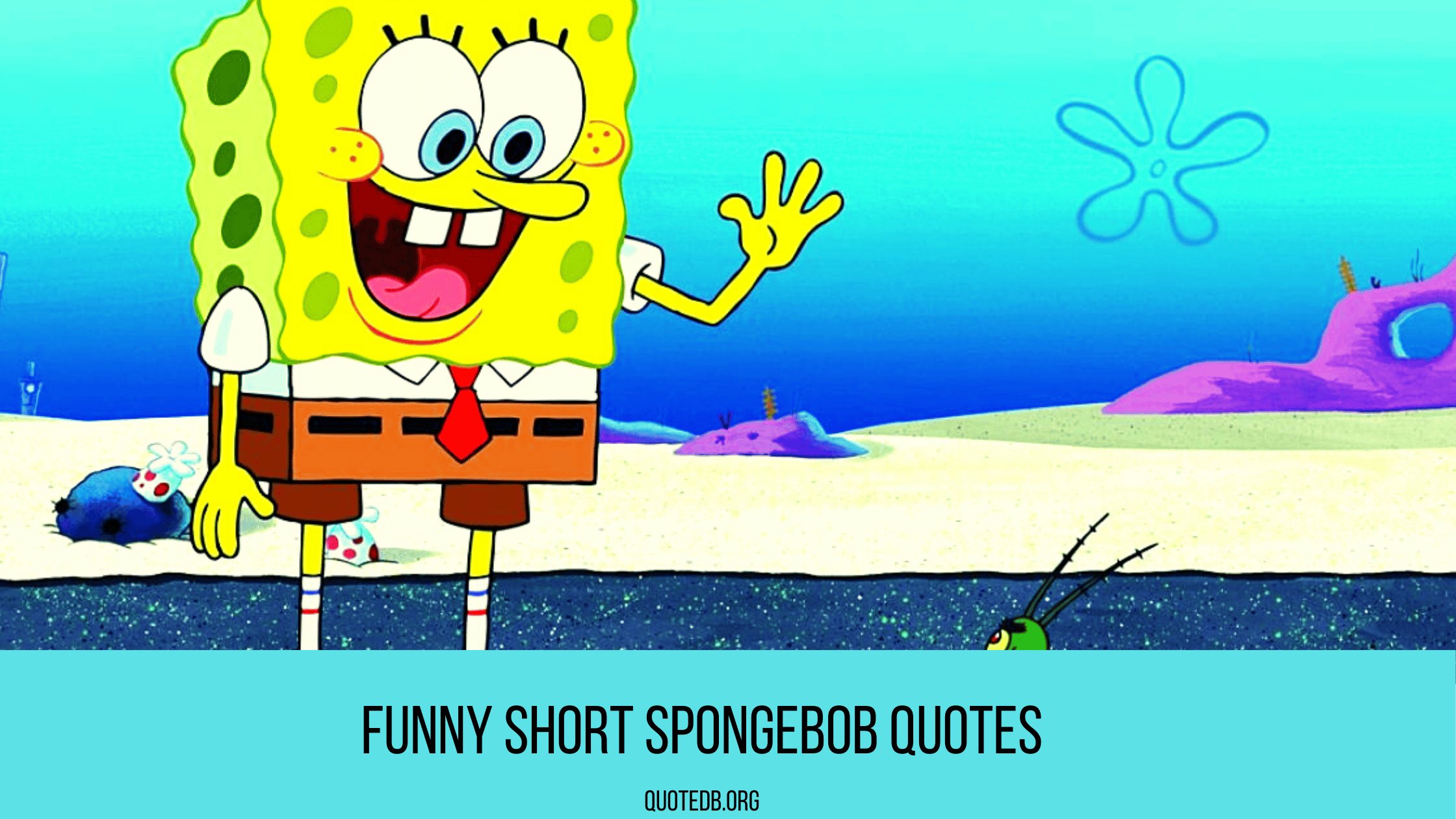 “You don’t need a license to drive a sandwich”

“I guess hibernation is the opposite of beauty sleep!”

“Goodbye everyone, I’ll remember you all in therapy.”

“The inner machinations of my mind are an enigma.”

“Is mayonnaise an instrument?”

“Nonsense, my vocabulary is infinitely expanding!” 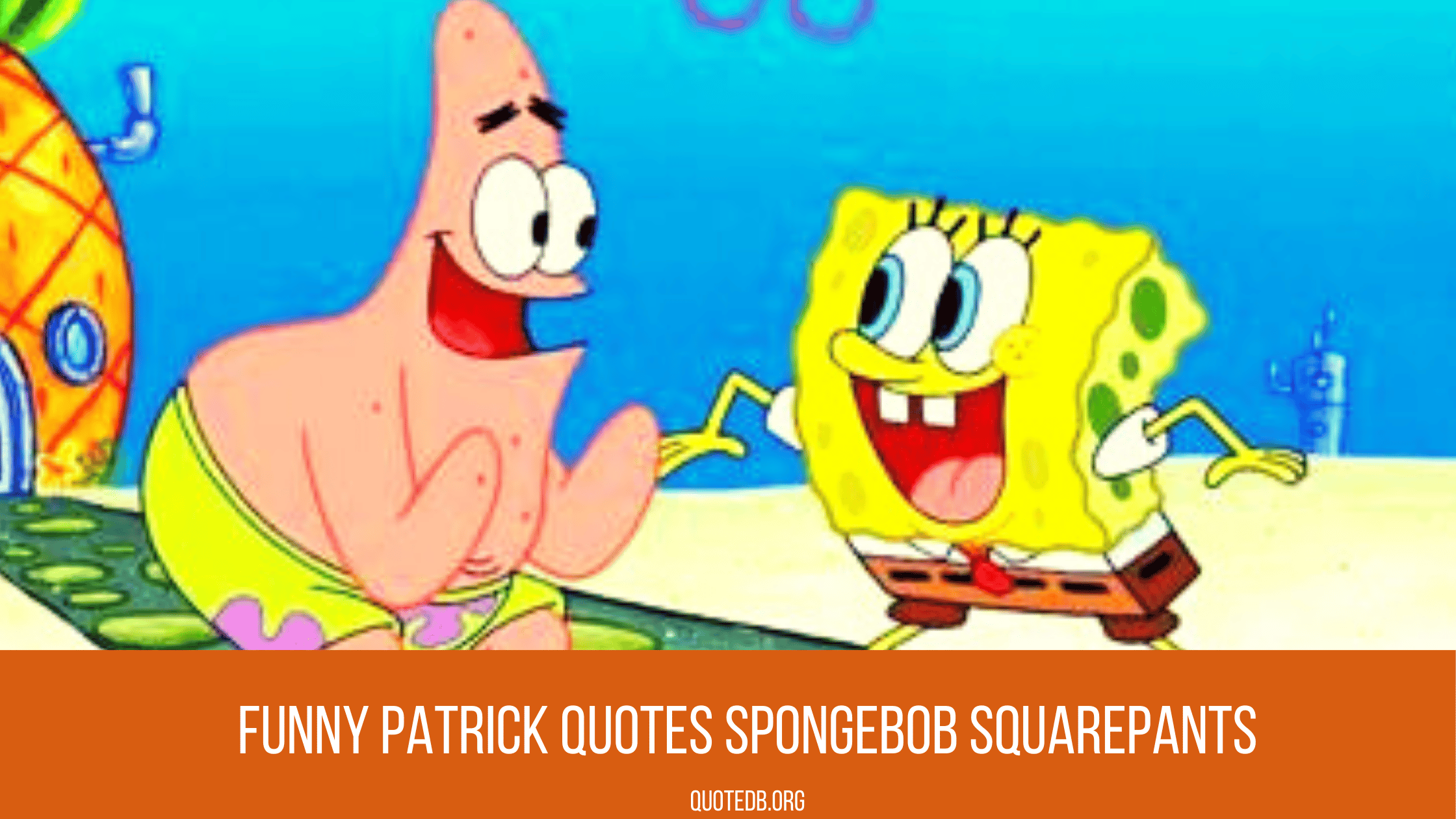 “Can I have everybody’s attention?… I have to use the bathroom.”

“Can you give SpongeBob his brain back, I had to borrow it for the week.”

“Hello? Where’d everybody go? Did I miss something? Did you see my butt?”

“We should take Bikini Bottom and push it somewhere else!”

“There it is. The finest eating establishment ever established for eating. The Krusty Krab, home of the Krabby Patty, with the Help Wanted sign on the front.”

“Once upon a time there was an ugly barnacle. He was so ugly that everyone died. The end!”

“Squidward: Do you have to stand so close? You’re making me claustrophobic!

Patrick: What does claustrophobic mean?

Spongebob: I think it means he’s afraid of Santa Claus. 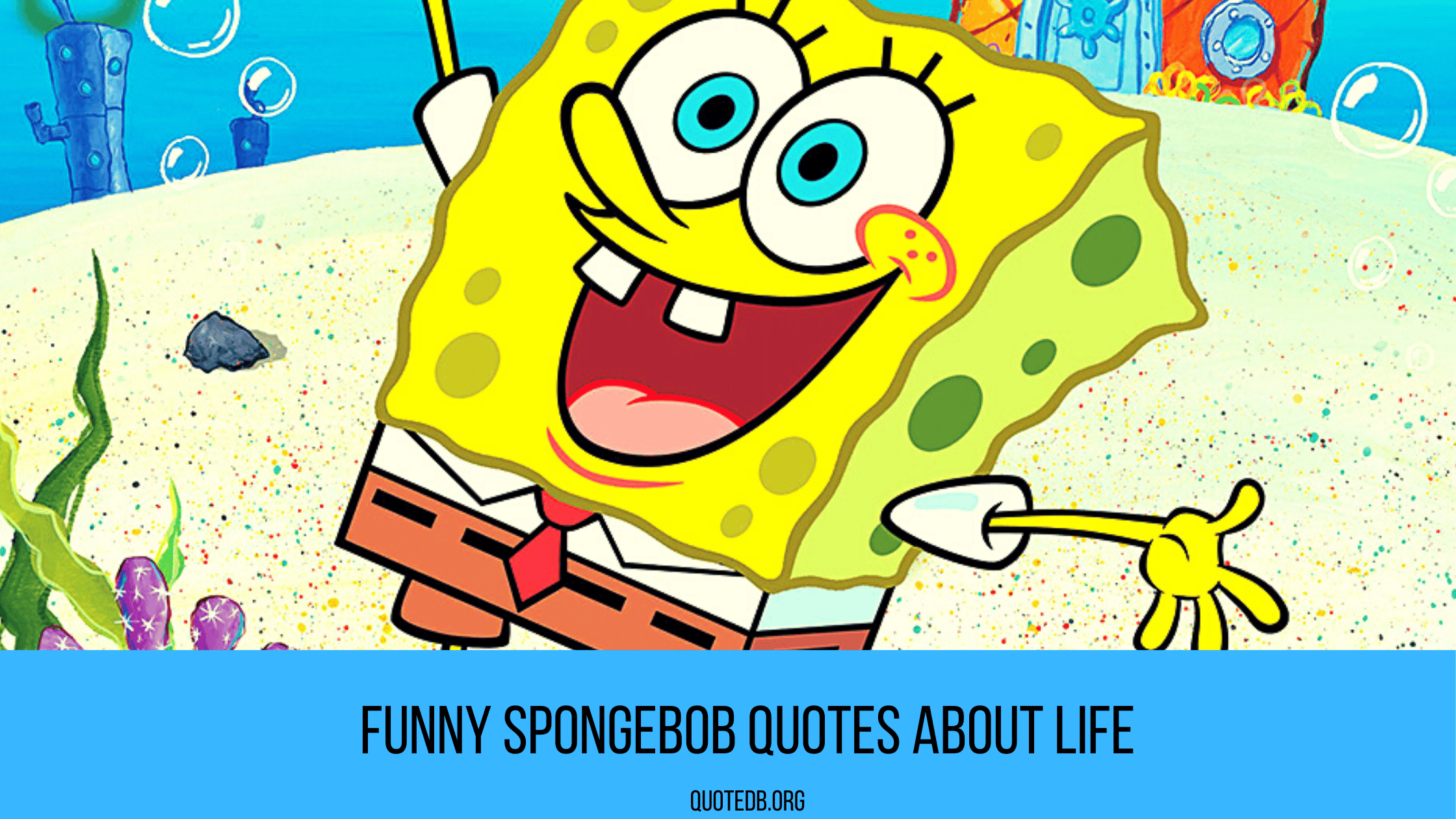 “Home is where you’re surrounded by other critters that care about you.”

“No one can change a person, but someone can be a reason for that person to change.”

“It’s not always what you say that matters, sometimes it’s what you don’t say.”

“That’s it mister! You just lost your brain privileges!”

“Too bad SpongeBob’s not here to enjoy Spongebob not being here.”

“This is not your average, everyday darkness. This is… ADVANCED darkness. Hey, if I close my eyes it doesn’t seem so dark.”

“Well, it’s no secret that the best thing about a secret is secretly telling someone your secret, thereby adding another secret to their secret collection of secrets, secretly.”

“Quick, Patrick, without thinking: if you could have anything right now, what would it be? Patrick: Um… more time for thinking.”

“SpongeBob is the only guy I know who can have fun with a jellyfish… [shouting] for 12 hours!” 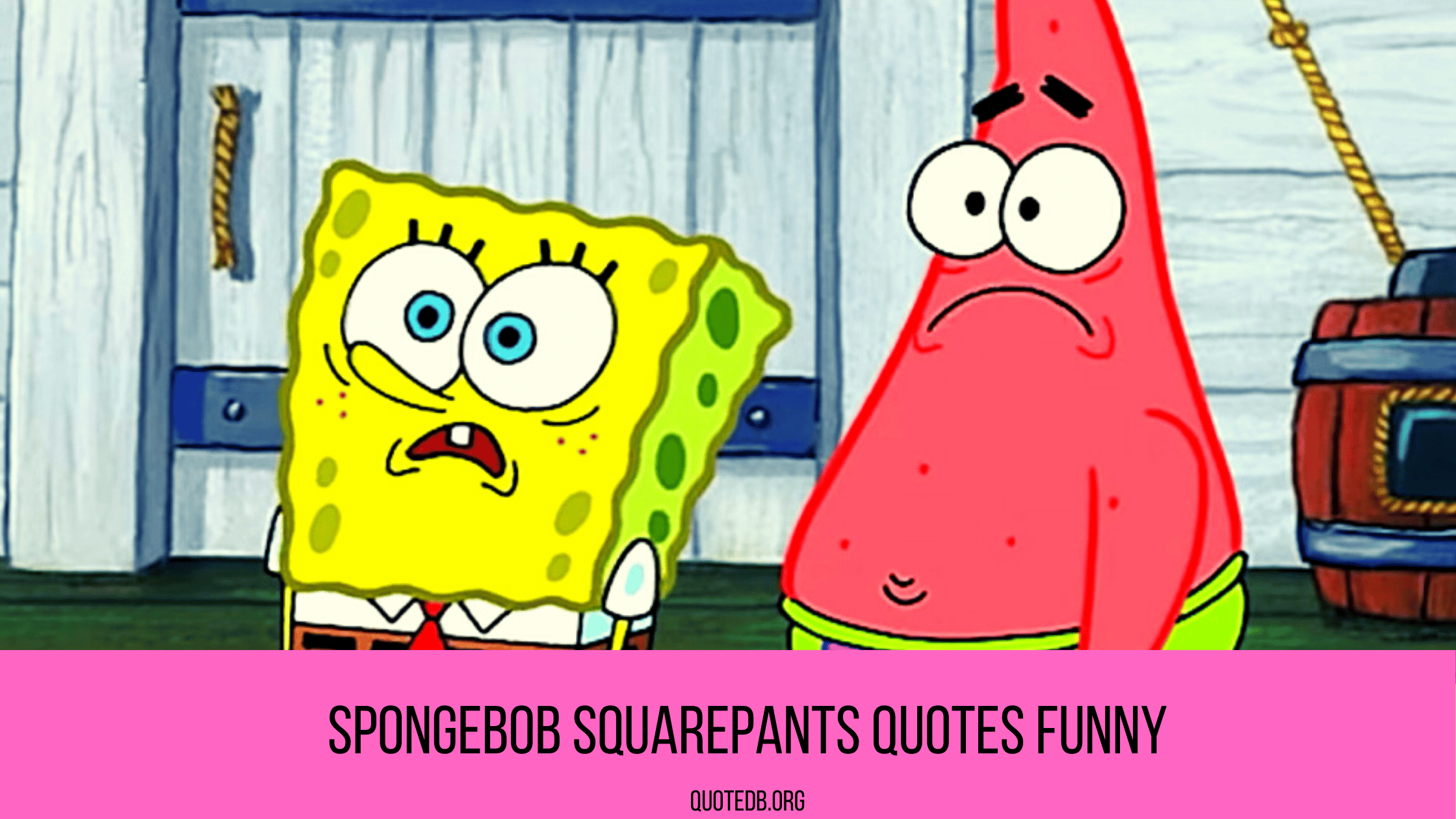 “If I were to die right now in a fiery explosion due to the carelessness of a friend…. Then it would just be alright.”

“A five letter word for happiness…money.”

“You never really know the true value of a moment, until it becomes a memory.”

“I’m so loyal, I don’t mind sleeping out in the cold, hard ground while Captain Krabs sleeps in his warm, dry tent.”

Squidward: being dead or anything else.”

“You can’t fool me. I listen to public radio!”

“Gary, I’m absorbing his blows like I’m made of some sort of spongy material.”

“See, no one says “cool” anymore. That’s such an old person thing. Now we say “coral”, as in “That nose job is so coral.”

“Hello? Where’d everybody go? Did I miss something? Did you see my butt?”

“His chops are too righteous. The helmets can’t handle this level of rock n’ roll! Karen, do something!”

“My pants are on fire!…My underwear is on fire!…I’M ON FIRE!”

“One hundred and one dollars for a Krabby Patty?”

“It started out as a simple order. A Krabby Patty with cheese. When the customer took a bite, NO CHEESE!”

“A Triple Gooberberry Sunrise, huh? I guess I could use one of those.”

“Patrick, you’ve been wearing the same Goofy Goober Peanut Party underpants for three years straight! What do you call that?”

“Oh Karen, my computer wife, if only I could have managed to steal the secret to Krabs’ success. The formula for the Krabby Patty…Ohhh…Then people would line up to eat at MY restaurant! Lord knows I’ve tried. I’ve exhausted every evil plan in my filing cabinet…from A to Y!”

“Patrick, don’t you have to be stupid somewhere else?”

“Look at all the hip young people eating sal-ads.”

“All I know is fine dining and breathing..”

“But it’s my only night to be fancy!”

“I knew I shouldn’t have gotten out of bed today.”

“It’s just a cruel reminder that I’m single and likely to remain that way forever.”

“How did I ever get surrounded by such loser neighbors?” 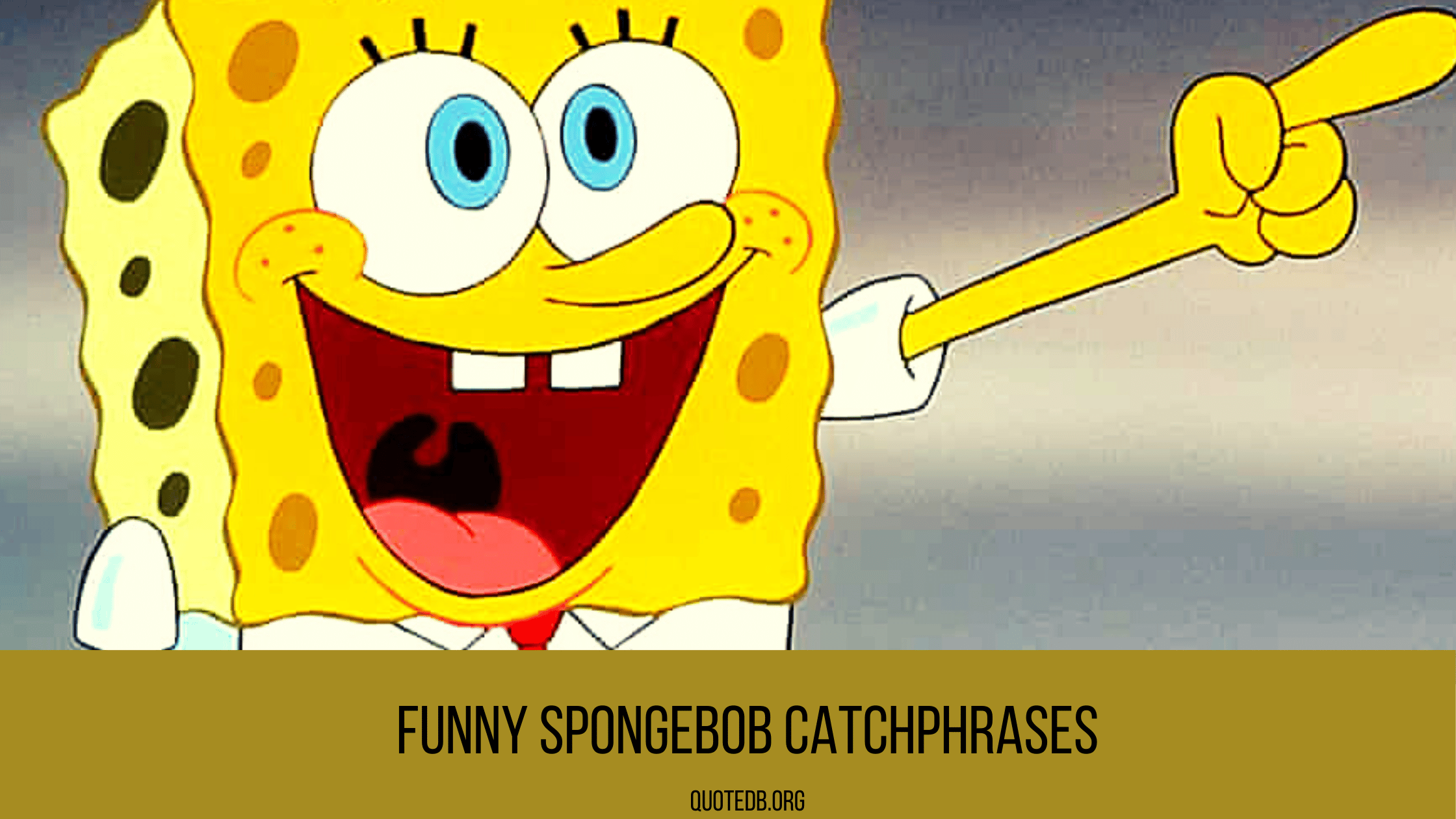 “I will destroy all of you!”

“I went to college!”

Funny spongebob quotes are something else based on what was written above. If you made it to the end I am sure you would agree with me that some of the funny catchphrases and quotes were hilarious. By many this cartoon is considered one of the most hilarious in modern times and is even watched by some adults.

Funny quotes spongebob is a different type of funny in my opinion, but it is here for those who love watching the show and find the saying from the cast full of humor. You can find much more funny, by reading funny quotes for kids right here.