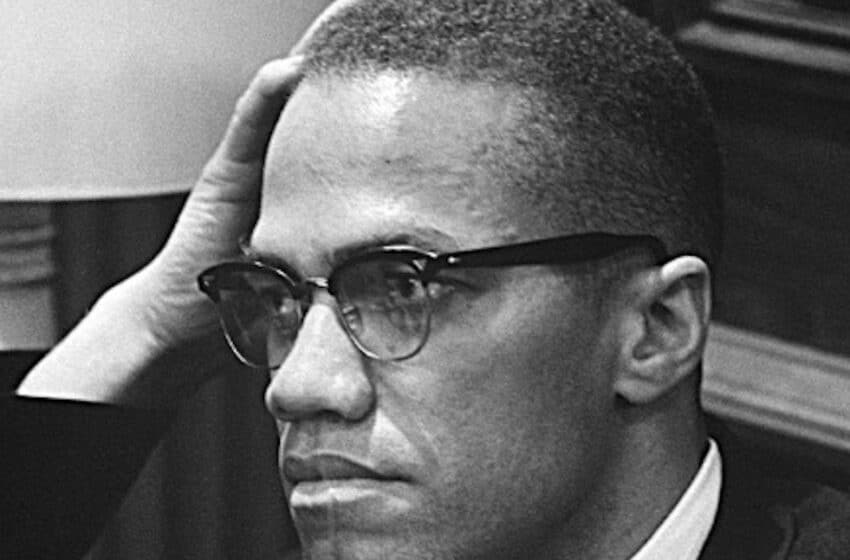 Malcolm X quotes hit hard at the social framework of America and also at Martin Luther King Jr. who he strongly opposed. These men shared different views about the way forward for blacks who often faced oppression. Malcolm X was born Malcolm Little, but also took the name El-Hajj Malik El-Shabazz. He spent time in prison where he eventually became a Muslim. After leaving prison he became a Muslim minister and launched his attacks on racism and Martin Luther King Jr. because he felt he was selling out his own people.

Malcolm X quotes respect and isn’t your traditional minister as he felt that violence was usually the only way to stop oppression of his race. He wasn’t afraid to speak his mind which made him many enemies. It was said that Rosa Parks called him her hero. His fate was the same as the very one he stood against, both men were assassinated. Below are many quotes from Malcolm X, some inspiring and others controversial.

“Education is the passport to the future, for tomorrow belongs to those who prepare for it today.”

“There is no better than adversity. Every defeat, every heartbreak, every loss, contains its own seed, its own lesson on how to improve your performance the next time.”

“The American Negro never can be blamed for his racial animosities – he is only reacting to 400 years of the conscious racism of the American whites.”

“History is a people’s memory, and without a memory, man is demoted to the lower animals.”

“The goal of Dr. Martin Luther King is to give Negroes a chance to sit in a segregated restaurant beside the same white man who had brutalized them for 400 years.”

“You can’t separate peace from freedom because no one can be at peace unless he has his freedom.”

“In the past, the greatest weapon the white man has had has been his ability to divide and conquer. If I take my hand and slap you, you don’t even feel it. It might sting you because these digits are separated. But all I have to do to put you back in your place is bring those digits together.”

“If you have no critics you’ll likely have no success.”

“The media’s the most powerful entity on earth. They have the power to make the innocent guilty and to make the guilty innocent, and that’s power. Because they control the minds of the masses.”

“My Alma mater was books, a good library… I could spend the rest of my life reading, just satisfying my curiosity.”

“The future belongs to those who prepare for it today.”

“Without education, you are not going anywhere in this world.”

“Truth is on the side of the oppressed.”

“You can’t legislate good will – that comes through education.”

“Power never takes a back step only in the face of more power.”

“If you’re not ready to die for it, put the word ‘freedom’ out of your vocabulary.”

“In all our deeds, the proper value and respect for time determines success or failure.”

“You don’t have to be a man to fight for freedom. All you have to do is to be an intelligent human being.”

“I believe in human beings, and that all human beings should be respected as such, regardless of their color.”

“You’re not supposed to be so blind with patriotism that you can’t face reality. Wrong is wrong, no matter who says it.”

“I have more respect for a man who lets me know where he stands, even if he’s wrong, than the one who comes up like an angel and is nothing but a devil.”

“America is the first country… that can actually have a bloodless revolution.”

“Power in defense of freedom is greater than power in behalf of tyranny and oppression, because power, real power, comes from our conviction which produces action, uncompromising action.”

“Despite my firm convictions, I have always been a man who tries to face facts, and to accept the reality of life as new experience and new knowledge unfolds. I have always kept an open mind, a flexibility that must go hand in hand with every form of the intelligent search for truth.”

“What is a Dixiecrat? A Democrat. A Dixiecrat is nothing but a Democrat in disguise.”

“Integration will not bring a man back from the grave.”

“I just don’t believe that when people are being unjustly oppressed that they should let someone else set rules for them by which they can come out from under that oppression.”

“The real names of our people were destroyed during slavery. The last name of my forefathers was taken from them when they were brought to America and made slaves, and then the name of the slave master was given, which we refuse, we reject that name today and refuse it. I never acknowledge it whatsoever.”

“There is no more apartheid in South Africa than in the United States.”

“In the Bible, God offered the Pharaoh freedom if he would just let the oppressed people free to go to the land of milk and honey. But the Pharaoh disobeyed, and he was destroyed.”

“Good education, housing and jobs are imperatives for the Negroes, and I shall support them in their fight to win these objectives, but I shall tell the Negroes that while these are necessary, they cannot solve the main Negro problem.”

“All I held against Jews was that so many Jews actually were hypocrites in their claim to be friends of the American black man.”

“Being an old farm boy myself, chickens coming home to roost never did make me sad; they’ve always made me glad.”

Malcolm X quotes justice message is believed to have helped influence “The Black Panther Movement” as he believed that blacks should defend themselves against racial oppression. He rejected the notion of the civil rights movement for its emphasis on racial integration. Others like Angela Davis have carried on in his stead. There are quotes for every person who holds dear to some belief, surely those of Malcolm X has their place.