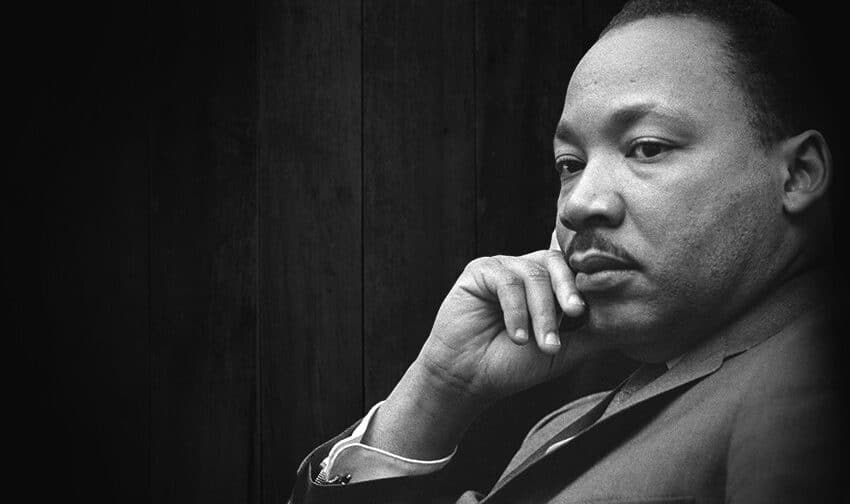 Martin Luther King Jr. quotes have caused controversy but they have also caused many to come together in solidarity. His life though cut down was an inspiration to many in his day and continues to be for many even today. His famous slogan “I have a dream” still lives on even to this day. There may be many skeptics in regard to his life but one thing is certain, he gave all he had for his people and it costed him all he had, his life. There was a time that Malcolm X would attack him verbally and he refused to get into a debate with him.

Martin Luther King Jr. quotes about equality was the hallmark of his life. Martin Luther King was an activists and a christian minister. His efforts saw him combine christian values with the push for freedom and a better America for his own race. He organized a bus boycott after Rosa Parks refused to get up out of her seat one day while traveling on a bus. This however saw him come face to face with oppression and sometimes violence. What happened didn’t stop him from pursuing his dream of seeing a better America, but it was a cost that was hard to pay. Many of his quotes are filled with inspiration and motivation, here are some of those quotes.

“We are not makers of history. We are made by history.”

“Lightning makes no sound until it strikes.”

“Every man must decide whether he will walk in the light of creative altruism or in the darkness of destructive selfishness.”

“We must use time creatively, in the knowledge that the time is always ripe to do right.”

“There is nothing more tragic than to find an individual bogged down in the length of life, devoid of breadth.”

“Property is intended to serve life, and no matter how much we surround it with rights and respect, it has no personal being. It is part of the earth man walks on. It is not man.”

“We may have all come on different ships, but we are in the same boat now.”

“All labor that uplifts humanity has dignity and importance and should be undertaken with painstaking excellence.”

“An individual has not started living until he can rise above the narrow confines of his individualistic concerns to the broader concerns of all humanity.”

“Rarely do we find men who willingly engage in hard, solid thinking. There is an almost universal quest for easy answers and half-baked solutions. Nothing pains some people more than having to think.”

“Every man lives in two realms: the internal and the external. The internal is that realm of spiritual ends expressed in art, literature, morals, and religion. The external is that complex of devices, techniques, mechanisms, and instrumentalities by means of which we live.”

“There comes a time when people get tired of being pushed out of the glittering sunlight of life’s July and left standing amid the piercing chill of an alpine November.”

“The quality, not the longevity, of one’s life is what is important.”

“The past is prophetic in that it asserts loudly that wars are poor chisels for carving out peaceful tomorrows.”

“The limitation of riots, moral questions aside, is that they cannot win and their participants know it. Hence, rioting is not revolutionary but reactionary because it invites defeat. It involves an emotional catharsis, but it must be followed by a sense of futility.”

“Love is the only force capable of transforming an enemy into friend.”

“You do things when the opportunities come along. I’ve had periods in my life when I’ve had a bundle of ideas come along, and I’ve had long dry spells. If I get an idea next week, I’ll do something. If not, I won’t do a damn thing.”

“I believe that unarmed truth and unconditional love will have the final word in reality. This is why right, temporarily defeated, is stronger than evil triumphant.”

“There can be no deep disappointment where there is not deep love.”

“I have decided to stick with love. Hate is too great a burden to bear.”

“Nonviolence is absolute commitment to the way of love. Love is not emotional bash; it is not empty sentimentalism. It is the active outpouring of one’s whole being into the being of another.”

“Man must evolve for all human conflict a method which rejects revenge, aggression and retaliation. The foundation of such a method is love.”

“It is not enough to say we must not wage war. It is necessary to love peace and sacrifice for it.”

“Only in the darkness can you see the stars.”

“Let no man pull you so low as to hate him.”

“There comes a time when one must take a position that is neither safe nor politic nor popular, but he must take it because his conscience tells him it is right.”

“No one really knows why they are alive until they know what they’d die for.”

“A man who won’t die for something is not fit to live.”

“We must build dikes of courage to hold back the flood of fear.”

“We must accept finite disappointment, but never lose infinite hope.”

“Those who are not looking for happiness are the most likely to find it, because those who are searching forget that the surest way to be happy is to seek happiness for others.”

“Never succumb to the temptation of bitterness.”

“No person has the right to rain on your dreams.”

“Everything that we see is a shadow cast by that which we do not see.”

“We must concentrate not merely on the negative expulsion of war but the positive affirmation of peace.”

“The art of acceptance is the art of making someone who has just done you a small favor wish that he might have done you a greater one.”

“We always live in an uncertain world. What is certain is that the United States will go forward over time.”

“A riot is the language of the unheard.”

“A genuine leader is not a searcher for consensus but a molder of consensus.”

“Our lives begin to end the day we become silent about things that matter.”

“Never, never be afraid to do what’s right, especially if the well-being of a person or animal is at stake. Society’s punishments are small compared to the wounds we inflict on our soul when we look the other way.”

“Forgiveness is not an occasional act; it is a constant attitude.”

“Life’s most persistent and urgent question is, ‘What are you doing for others?’”

“Ten thousand fools proclaim themselves into obscurity, while one wise man forgets himself into immortality.”

“That old law about ‘an eye for an eye’ leaves everybody blind. The time is always right to do the right thing.”

“If I cannot do great things, I can do small things in a great way.”

“Change does not roll in on the wheels of inevitability, but comes through continuous struggle.”

“We are prone to judge success by the index of our salaries or the size of our automobiles rather than by the quality of our service and relationship to mankind.”

“Whatever affects one directly, affects all indirectly. I can never be what I ought to be until you are what you ought to be. This is the interrelated structure of reality.”

“I came to the conclusion that there is an existential moment in your life when you must decide to speak for yourself; nobody else can speak for you.”

“The soft-minded man always fears change. He feels security in the status quo, and he has an almost morbid fear of the new. For him, the greatest pain is the pain of a new idea.”

“He who passively accepts evil is as much involved in it as he who helps to perpetrate it. He who accepts evil without protesting against it is really cooperating with it.”

“Human progress is neither automatic nor inevitable… Every step toward the goal of justice requires sacrifice, suffering, and struggle; the tireless exertions and passionate concern of dedicated individuals.”

Martin Luther King Jr. Quotes I Have A Dream

Martin Luther King Jr. quotes I have a dream when given the privilege of speaking to his countrymen at Lincoln Memorial in Washington DC named after Abraham Lincoln. This is where those famous words “I have a dream” were echoed and history was made for few ever spoke from such a place. King served as the leader in the Civil Rights Movement from 1955 until his assassination in 1968. He may have died, but his legacy lives on in his famous quotes.