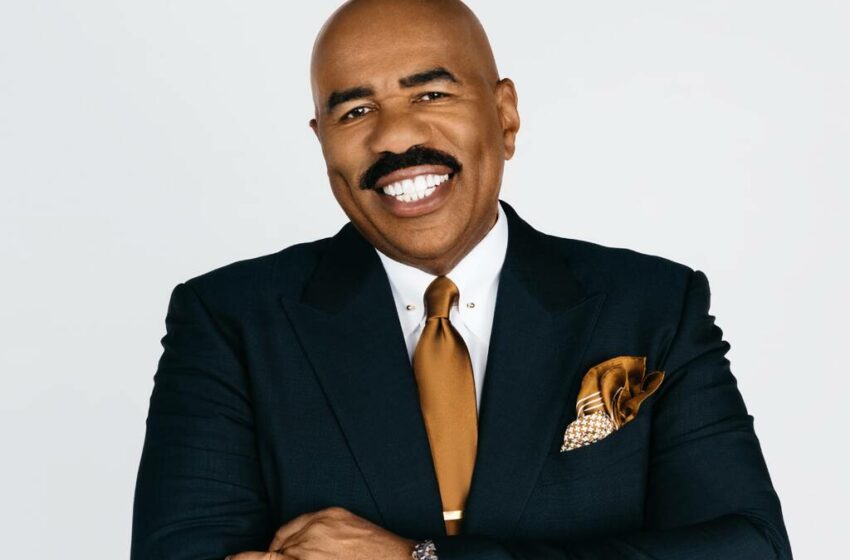 Steve Harvey quotes can be funny and motivational at the same time which helped propelled him to success. He grew up doing comedy and that has served as a spring board for his accomplishments. Not to be left out is his spiritual upbringing which can be seen many times in the shows he participates in. He was born Broderick Steve Harvey and hosts The Steve Harvey Morning Show where he recently remembered Kobe Bryant. He also hosts Family Feud, Celebrity Family Feud, the Miss Universe competition and Fox’s New Year’s Eve.

Steve Harvey funny quotes started off his career by doing stand up comedy. He then transitioned to The Apollo and eventually had his own sitcom :The Steve Harvey Show.” From there it has been no looking back for him as he is now one of the most popular names in TV. He is even known to be a motivational speaker and is loved by many. He even talked about a show that Jamie Foxx and Dwayne Johnson starred with him and weer booed by those in attendance.Here are some exceptional quotes from Steve Harvey.

“I take my brand very seriously.”

“Sometimes out of your biggest misery, comes your greatest gain.”

“What would you do if you weren’t afraid?”

“If you want to be successful you have to jump, there’s no way around it. If you’re safe, you’ll never soar.”

“A person has to remember that the road to success is always under construction. You have to get that through your head. That it is not easy becoming successful.”

“God lets you be successful because he trusts you that you will do the right thing with it Now, does he get disappointed often? All the time, because people get there and they forget how they got it.”

“Procrastination will delay your change! Today is a very good day to change; don’t let you stop yourself from growing.”

“Failure means you’ve now learned another valuable lessons that pushes you one step closer to success.”

“You are never too old to reinvent yourself.”

“The dream is free, but the hustle is sold separately.”

“Do not ignore the passion that burns in you. Spend time to discover your gift.”

“Your gift is something that you can do innately better than anything else.”

“Exercise is really important to me – it’s therapeutic. So if I’m ever feeling tense or stressed or like I’m about to have a meltdown, I’ll put on my iPod and head to the gym or out on a bike ride along Lake Michigan with the girls.”

“Forgiveness is for you. It does more for you than the other person.”

“You can’t go forward and backwards at the same time.”

“Failure is a great teacher, and I think when you make mistakes and you recover from them and you treat them as valuable learning experiences, then you’ve got something to share.”

“There’s no such thing as luck. These are blessings. God endows them upon you, He makes you a blessing to become a blessing.”

“Your setback is just a setup for a comeback.”

“My calling is to help people, to teach people, to share with people, until I die. I can never stop doing that. I can’t, and I don’t want to.”

“When you’re happy at home, you can make a lot of things happen.”

“I pay attention to every minute of the day.”

“If you are waking up with the sensation that there has got to be more in life…then there is.”

“Catch fire today! Make today the day you stop complaining and do something.”

“Growth is in a series of mistakes. That’s the only way you learn.”

“Don’t let your mind stop you.”

“The number one cause of failure in this country is the fear of failure.”

“The most successful people in this world recognize that taking chances to get what they want is much more productive than sitting around being too scared to take a shot.”

“I’m not a doctor. I just have a tremendous amount of common sense.”

“There has been nothing more impactful on my life and meaningful to me than the introduction of christ. That, hands down, blows away every joke I’ve ever written.”

“I’m a comedian first. I’ve learned how to act. I just draw on life experiences and that’s how I learned. I didn’t take classes or anything. I don’t need no classroom.”

“Your mission, your purpose and your destiny will all be tied to one thing – your gift.”

“What you want out of life is the thing you have to give the most of.”

“Do not ignore your gift. Your gift is the thing you do the absolute best with the least amount of effort.”

“Your reality is yours. Stop wasting time looking at someone else’s reality while doing nothing about yours.”

“God’s plan for you is greater than any plan you can think of.”

“You simply cannot drive forward if you’re focused on what’s happening in the rear view mirror.”

“Hollywood is run by people who sit up in their executive office, who are not connected to Mississippi, Alabama, Chicago, South Carolina. They know nothing about that, they don’t go to church, and they make their decisions about what they think is right.”

“God lets you be successful because he trusts you that you will do the right thing with it. Now, does he get disappointed often? All the time, because people get there and they forget how they got it.”

“Being on a comedy tour is like traveling with family, everyone is all having a great time… then all of a sudden it turns sour. One thing gets said out of turn, and everyone is on everyone’s last nerve. After an hour of silence, we all start laughing about it.”

“I have seen some crazy people do some crazy things on my variety show. I have to stop and ask them a lot of the time, just how they figured out that they could do the things that they do, some of it is just plain freaky.”

“All I knew growing up was that my father was married to and loved my momma, period. He worked hard, made some money, and put it on the dresser. She spent it on the family, and he went out and earned some more. He taught me the most about love.”

Steve Harvey quotes about success shows as he continues to be among those who dominate the entertainment world as he hosts a number of yearly events and other shows that can be viewed almost daily. He has this thing between himself and Oprah Winfrey and has appeared on her show, where she got into his head. His most popular show at this time is Family Feud. I am sure anyone will find the quotes by Steve hilarious and thought provoking.