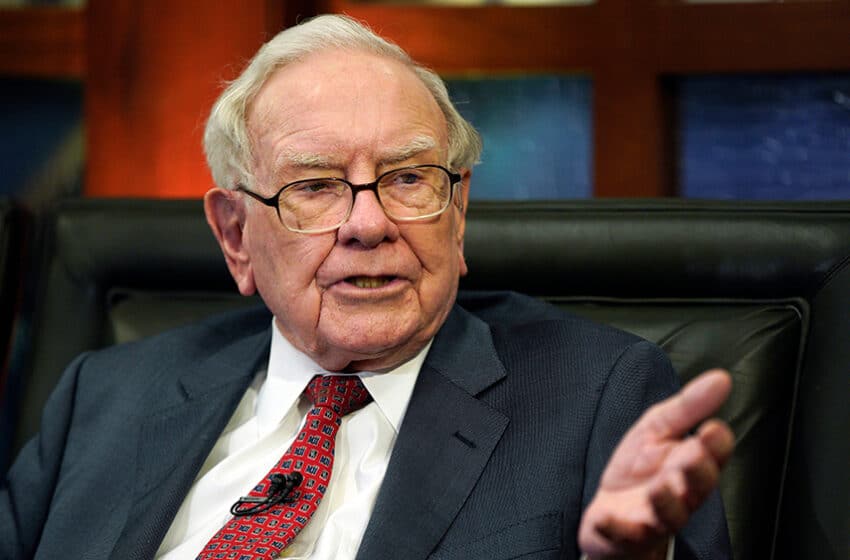 Warren Buffett quotes are brainy but also gives quite a lot of financial advice. He has a lot to say about trading and business in general. This should come as no surprise since he held the title of the world’s richest man for a lengthy period before Jeff Bezos passed him out. He is well known for making lots of money through bug investments, he has bought established firms and taken them to another level.

Warren Buffett investment quotes tell how he started selling stocks at a very young age, he was influenced by his father who was involved in stocks. At just eleven years old he worked at his family’s grocery store and he saw his investment return dividends. He pledged to give away 99 percent of his fortune through a foundation by Melinda and Bill Gates. Hear from a man who may have experienced it all. Look at these amazing quotes from a financial mastermind.

“In the business world, the rear view mirror is always clearer than the windshield.”

“The investor of today does not profit from yesterday’s growth.”

“Wall Street is the only place that people ride to in a Rolls Royce to get advice from those who take the subway.”

“Someone is sitting in the shade today because someone planted a tree a long time ago.”

“It takes 20 years to build a reputation and five minutes to ruin it. If you think about that, you’ll do things differently.”

“A public-opinion poll is no substitute for thought.”

“I am quite serious when I say that I do not believe there are, on the whole earth besides, so many intensified bores as in these United States. No man can form an adequate idea of the real meaning of the word, without coming here.”

“Of the billionaires I have known, money just brings out the basic traits in them. If they were jerks before they had money, they are simply jerks with a billion dollars.”

“Our favorite holding period is forever.”

“If past history was all there was to the game, the richest people would be librarians.”

“Risk comes from not knowing what you’re doing.”

“I always knew I was going to be rich. I don’t think I ever doubted it for a minute.”

“I never attempt to make money on the stock market. I buy on the assumption that they could close the market the next day and not reopen it for five years.”

“You do things when the opportunities come along. I’ve had periods in my life when I’ve had a bundle of ideas come along, and I’ve had long dry spells. If I get an idea next week, I’ll do something. If not, I won’t do a damn thing.”

“I don’t look to jump over 7-foot bars: I look around for 1-foot bars that I can step over.”

“Look at market fluctuations as your friend rather than your enemy; profit from folly rather than participate in it.”

“Why not invest your assets in the companies you really like? As Mae West said, ‘Too much of a good thing can be wonderful’.”

“Your premium brand had better be delivering something special, or it’s not going to get the business.”

“Only buy something that you’d be perfectly happy to hold if the market shut down for 10 years.”

“Wide diversification is only required when investors do not understand what they are doing.”

“Time is the friend of the wonderful company, the enemy of the mediocre.”

“Chains of habit are too light to be felt until they are too heavy to be broken.”

“Only when the tide goes out do you discover who’s been swimming naked.”

“We believe that according the name ‘investors’ to institutions that trade actively is like calling someone who repeatedly engages in one-night stands a ‘romantic.'”

“When you combine ignorance and leverage, you get some pretty interesting results.”

“I think the most important factor in getting out of the recession actually is just the regenerative capacity of – of American capitalism.”

“There are 309 million people out there that are trying to improve their lot in life. And we’ve got a system that allows them to do it.”

“We always live in an uncertain world. What is certain is that the United States will go forward over time.”

“If anything, taxes for the lower and middle class and maybe even the upper middle class should even probably be cut further. But I think that people at the high end – people like myself – should be paying a lot more in taxes. We have it better than we’ve ever had it.”

“The rich are always going to say that, you know, just give us more money and we’ll go out and spend more and then it will all trickle down to the rest of you. But that has not worked the last 10 years, and I hope the American public is catching on.”

“I am a huge bull on this country. We will not have a double-dip recession at all. I see our businesses coming back almost across the board.”

“We’ve used up a lot of bullets. And we talk about stimulus. But the truth is, we’re running a federal deficit that’s 9 percent of GDP. That is stimulative as all get out. It’s more stimulative than any policy we’ve followed since World War II.”

“Americans are in a cycle of fear which leads to people not wanting to spend and not wanting to make investments, and that leads to more fear. We’ll break out of it. It takes time.”

“In the 20th century, the United States endured two world wars and other traumatic and expensive military conflicts; the Depression; a dozen or so recessions and financial panics; oil shocks; a flu epidemic; and the resignation of a disgraced president. Yet the Dow rose from 66 to 11,497.”

“Economic medicine that was previously meted out by the cupful has recently been dispensed by the barrel. These once unthinkable dosages will almost certainly bring on unwelcome after-effects. Their precise nature is anyone’s guess, though one likely consequence is an onslaught of inflation.”

“I would say the most satisfying thing actually is watching my three children each pick up on their own interests and work many more hours per week than most people that have jobs at trying to intelligently give away that money in fields that they particularly care about.”

“I bought a company in the mid-’90s called Dexter Shoe and paid $400 million for it. And it went to zero. And I gave about $400 million worth of Berkshire stock, which is probably now worth $400 billion. But I’ve made lots of dumb decisions. That’s part of the game.”

Warren Buffett quotes on money are profound and he is still actively involved in the business world and controls over 60 companies. Some of his companies are very popular and allow him to rake in quite a profit. Warren has said that he thinks LeBron James has a money mind and is clearly impressed by him. Warren Buffet is definitely some one to listen to and his quotes are worth taking into account.