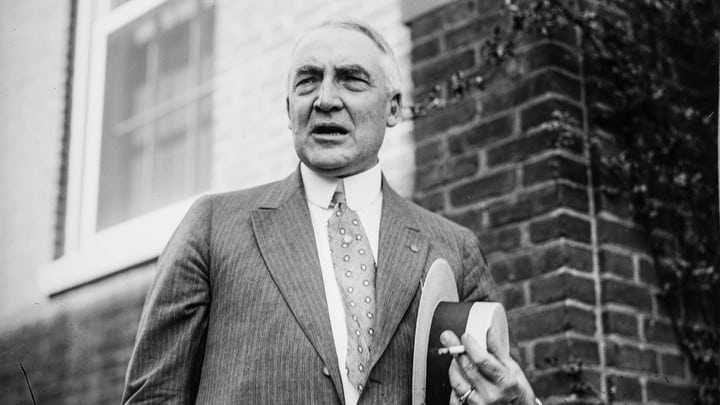 William G. Harding quotes talk about how he felt about the situations he dealt with while being the President of the United States of America. You will only fond a few quotes from him but these are enough to help form an idea of what life was like for him at the time. William G Harding succeeded Woodrow Wilson and Calvin Coolidge became president following Harding’s death.

“I am not fit for this office and never should have been here.”

“Our most dangerous tendency is to expect too much of government, and at the same time do for it too little.”

“Inherent rights are from God, and the tragedies of the world originate in their attempted denial.”

“Honesty is the great essential. It exalts the individual citizenship, and, without honesty, no man deserves the confidence of the people in private pursuit or in public office.”

Warren G Harding was an American Republican politician and the 29th President of the United States. It is said he was one of the most popular presidents during that time period. He died of a heart attack while in the office of president during a tour of the western part of the country. He was a Baptist Christian and continued in that religion throughout his life. He was a newspaper publisher who won the election after the first World War by promising to return the country to a normal way of life.

Warren G. Harding accomplishments include the Budget and Accounting Act of 1921which helped pave the way for a major accounting system throughout the country. He also spearheaded a naval conference that focused on disarmament shortly after World War 1. He was able to cut unemployment by half by raising tariffs and lowering taxes. This is the approach of US President Donald Trump but had received backlash from other countries and US politicians.